The first stamps of the Ottoman Empire (now Turkey) with the Tughra design were lithographed at the end of 1862.
A 2 & 5 para were the first stamps to be printed
The second issue with the 20 para, 1 kurush, 2 kurush & 5 kurush values were printed in January 1863.
The sheet (or plate) was designed with alternating row of stamps in the sheets producing vertical tete-beche pairs. These Second issue stamps were printed black on thin pelure paper and colored after by brush.
Some values were also printed on thicker paper.
The Tughra monogram was the signature of the Sultan of that period along with the crescent below it. Because of the Tughra monogram in the design, these stamps are called “Tughra Stamps”
After printing the sheets were sent to the Ministry of Finance and there a colored control band was applied. The control band is a repetition of the words “Devlet-I Aliyye Nezaret-i Maliye” which roughly translated means “Ministry of State Finance”.
Genuine Stamps
Either by design or simply constant plate flaws the stamps have "secret marks"
Nany color varieties exist of these stamps. 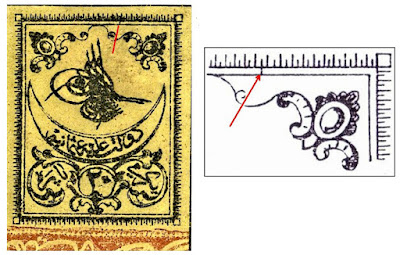 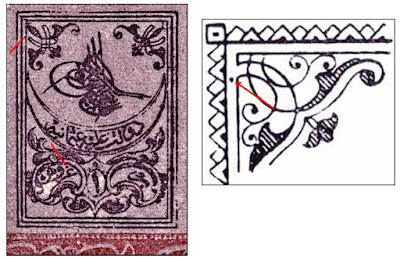 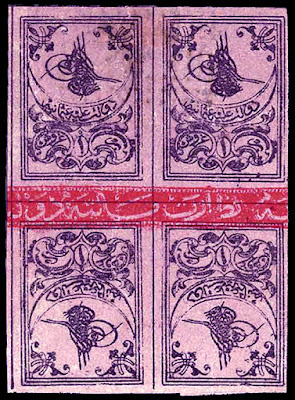 Sc2 tete-beche block as they appear in the sheets 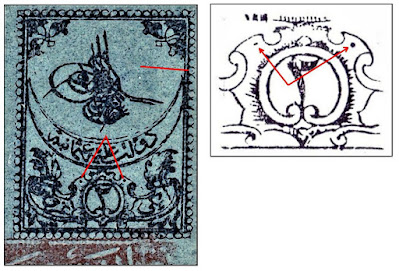 Sc 3 on thin paper
As well, there is a dot in the right pearl 9th down from the top 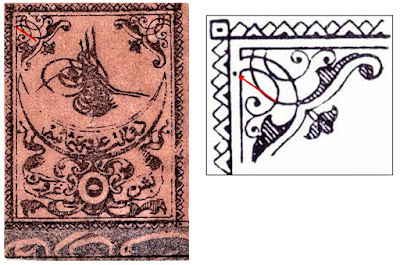 Sc 4 on thin paper
The 20 paras, 1k, and 2k have a red control band on the bottom.
The 5k on the above generally has a blue control band 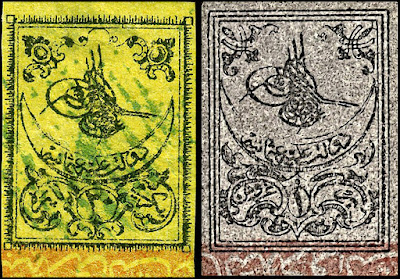 SC 6 & 7 on thick paper
Postage Due Issues
In 1863 the same designs were printed as postage due stamps. They were all dyed red-brown with a blue control mark (the opposite of the regular series). Here again the 5k has occasionally a red control mark.
The same secret marks apply. 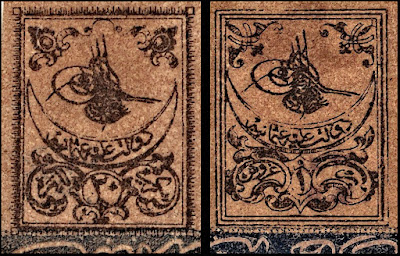 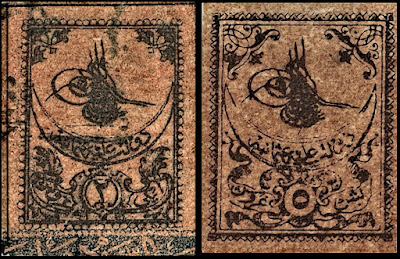 Proofs
Only three values are known to have proofs, the 20 para, 1 kurus and the 5 kurus.
All proofs were printed on ordinary white paper and then dyed in the different colours with most over a stretched, very fine silk (or muslin) cloth (or scarf).
This produced a distinctive mesh pattern on the stamp, A few proofs were not dyed in this manner and no mesh is visible. 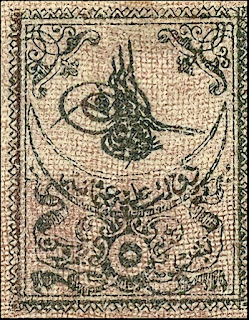 Forgeries
The forger is unknown and possibly a local source although one of the forgeries below has a more typical Torres type fake cancel
The diagrams show the genuine and forgery feature.
These are very common. 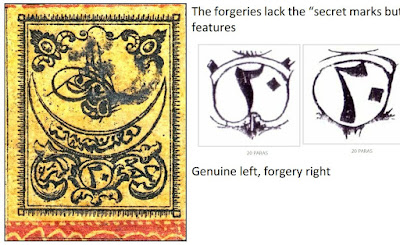 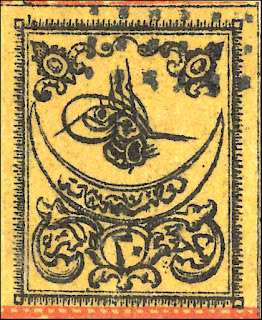 This is the same forgery with a more typical fake cancel.
Many forgers used this cancel so the source cannot be specified. 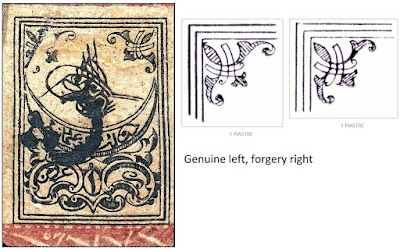 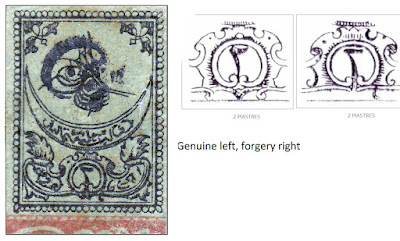 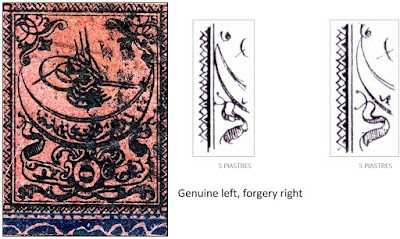 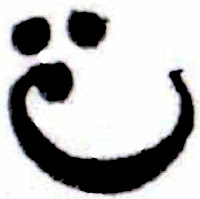 The forgeries and cancel (fake?) are found on full sheets 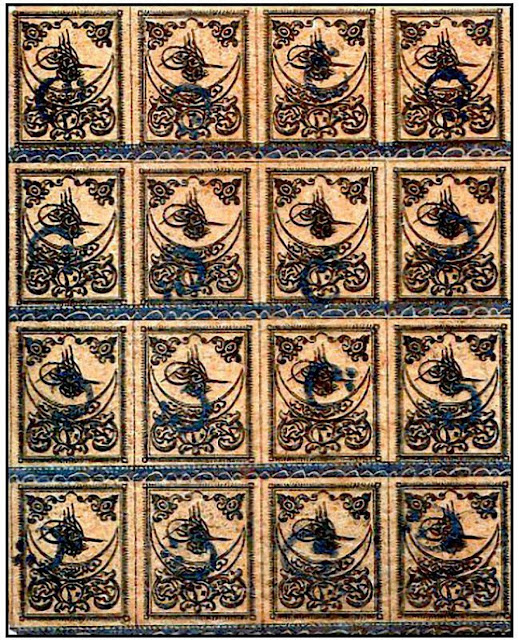 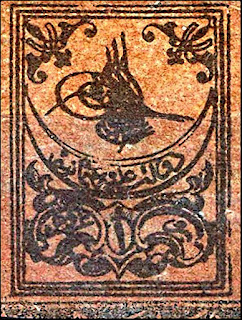 Above, a very rough looking postage due forgery
Many wrong details especially the crude numeral
These forgeries have been attributed to Spiro but I have doubts on this. 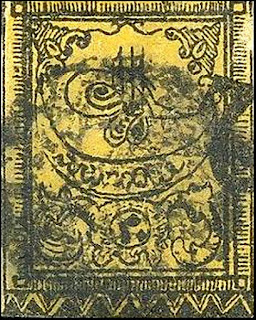 A very primitive forgery
These appear to be very uncommon 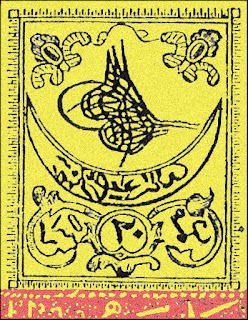 Torres (or a supplier) made forgeries of this issue
This is the only sample I have and it matches his catalog offer. 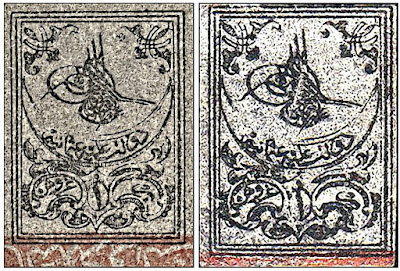